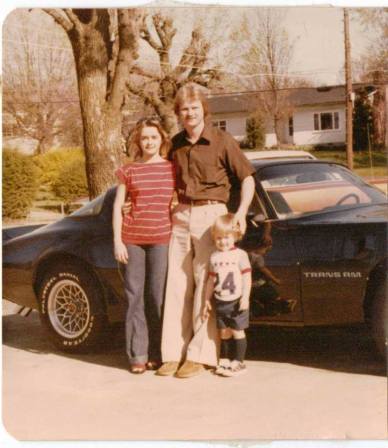 Back in the summer of 1980, I took an English class that literally would change my life. The class was “Modern Poetry” and my teacher was Professor Peter Dolan.

Mr. Dolan, in his early forties, was a handsome, magnetic man, and it seemed like every one of the thirty women in the class was in love with him. His enthusiasm and love of poetry was so great that never in my life did a ninety-minute class go by so quickly.

I used to think how wonderful it must be to get paid to do something you love so very much and to have the adoration of so many beautiful women.

One of the assignments was for each student to memorize one poem; any poem of your choice, and you had the option to recite the poem either in his office or in class in front of all the other students. Another man and I chose to recite our poems in the classroom. I chose Robert Frost’s poem “Acquainted With The Night.”

I have been one acquainted with the night.

I have walked out in rain—and back in rain.

I have outwalked the furthest city light.

I have looked down the saddest city lane.

I have passed by the watchman on his beat

And dropped my eyes, unwilling to explain.

I have stood still and stopped the sound of feet

When far away an interrupted cry

Came over houses from another street,

But not to call me back or say good-bye;

And further still at an unearthly height,

One luminary clock against the sky

Proclaimed the time was neither wrong nor right.

I have been one acquainted with the night.

The recital went quite well and I got a nice round of applause. It probably was the only time I was recognized by any of the students in the class. I chose that particular poem because it spoke to the type of person I was at that age and because I have always loved taking long walks in the late evening and night.

Occasionally, I have met some very interesting individuals while taking my long strolls and, over time, I have come to know them quite well. One lady is Sally Cartwright Thornton, who for the first three years I lived here, was our neighbor.

Sally is petite, very charming and pretty. She speaks with a wonderful southern dialect, and for over twenty-five years, she was an English teacher. Occasionally, we would run into each other during our evening strolls.

Sadly, she was forced into semi-retirement when she attempted to break up a fight between two students and, for her efforts, she had her back broken. The recovery was long and extremely painful, but like so many southern ladies, Sally is both mentally and physically stronger than you might think from their polite demeanors.

Sally stayed in touch with many of the students she had over the years, and it is not unusual to read a comment in the newspaper or online from a former student, thanking her for her continued encouragement and for the tremendous and positive influence she has had on his or her life.

During one of our walks, we ran into one of her former students…a young man whose reputation around town …and among people I knew… was far from stellar. Actually, I don’t know if I’ve ever heard anything positive said about him.

They talked for a few minutes and after we started walking again, she turned to me and said, “I felt so sorry for that boy. He was playing in a baseball game while he was a student of mine. His father showed up so drunk and made such a fool of himself that I was embarrassed for that child.”

She paused for a few reflective moments and continued, “I’m so happy to see that he’s doing okay.”

As I was soon to realize, Sally was one of the few individuals whom I have met who had conquered the greatest of human flaws: the conscious or unconscious willingness to talk negatively about acquaintances, friends, and family. She chose to see the better angels in our flawed natures.

She and her husband, Ronnie, used to drop off care packages during the holidays to residents in our community who lived alone. That is the type of thoughtful, caring people that they are.

Ronnie, with his able “companion/supervisor,” …Razz the dog…used to clear the driveways for others in the neighborhood after snowstorms. Ronnie and Razz just showed up and cleared away the snow without being asked, for which we always were grateful…” snow angels” of a different variety.

Sally, Ronnie, and Razz moved to Tennessee about two years ago to be closer to their aging and sick parents, and we miss them very much.

I haven’t done much walking in the last year because of an ailing back, but I hope to start again soon. After all, you never know what wonderful people you might meet on your solitary walks through life “when one luminary clock against the sky, proclaims the time is neither wrong or right.”