David Nasaw’s, “The Chief: The Life Of William Randolph Hearst,” is a long, comprehensive, detailed, exceptionally well written biography of a man whose influence was nearly as great as many world leaders. His publishing empire, during the nineteen twenties and thirties, made up twenty percent of newspaper readership across the country. He was also a major player in the advent of the movie business and he immediately understood that this new medium could be as powerful, if not more so, than newspapers and radio. He served a term in the U.S. Congress. He had the likes of Mussolini, Churchill, and Hitler writing for his papers. He influenced the policies of presidents, such as F.D.R. and Hoover.

Yes, he was born with a silver spoon in his mouth. His father struck it rich during the gold rush in California, and other parts of the country. But his son took the money left to him and made it into something so large and powerful that, few people left with that amount of money, could have conceived of doing what he did.

He was as controversial as they come, an obsessive collector of art and real estate, who thrived on having people around him. During my reading of this book I thought, at times, of Mr. Hearst as a genius and other times I thought of him as a reckless businessman and an egoist, and by the end of the book I was undecided about whether he was a genius or reckless businessman, a visionary or an opportunist, but the one thing I was positive about was his lasting influence and his deserving place and stature in the history of the country. 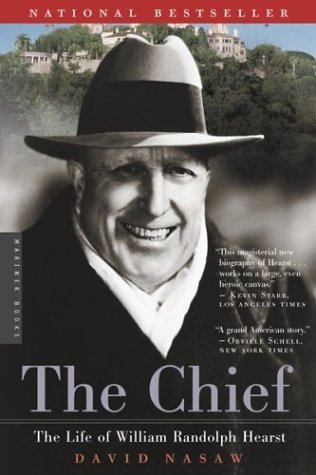