Skip to content
josephfsciuto Uncategorized September 23, 2019 1 Minute
Ray Bradbury’s, “The Illustrated Man” might be called science fiction, but to me it was more like non-fiction. It might take place in the future, on Mars, Venus, Jupiter, and on earth, but in reality every story is in, some way or another, a commentary and analysis of the human condition and the cruelty that humans can bequeath upon each other, and on the beautiful planet we live on. In a sense, it is Greta Thunberg’s speech on climate change and the destruction of our planet.

The novel, is eighteen different stories, unfolding on the tattooed body of a man, The Illustrated Man, who was cursed by a witch. The stories build upon each other, with different characters and story plots, culminating in a final story simply about a dream and one man’s imagination and love for his family and wife.

Mr. Bradbury is a treasure, and “The Illustrated Man,” is another piece in the treasure chest he left behind 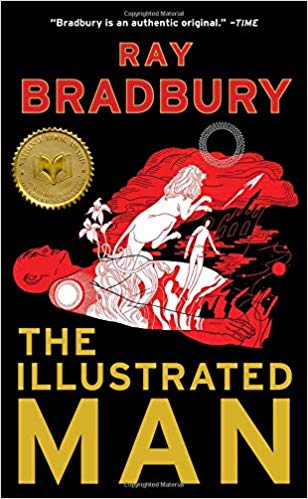 for all of us to read and marvel at for as long as our planet survives.