Warning! Don’t be fooled by the title “Christmas Holiday.” Mr. Maugham’s novel has very little to do with Christmas, except for a dazzling scene at a Midnight Mass on Christmas Eve. In fact, if you are looking for happy, or if you are in a good mood, I would strongly recommend staying as far away from this book as possible.

Charley, a young British gentleman, of moderate means decides to go visit his childhood friend Simon, who lives in Paris, working as a newspaper reporter. To say that Simon is different is an understatement. He eats one meal a day, and not because he can’t afford to eat more, but because he wants to train his body and mind for the upcoming revolution he expects to play a  major part in. Charley is supposedly Simon’s only friend in the world, and one could easily see why he is lacking in the friendship department.

Simon brings Charley to a brothel where Charley is hooked up with a prostitute named Lydia, who is a Russian immigrant and married to a Frenchman who is currently serving a 15 year prison sentence in Brazil for killing a man. Yes, her love for her husband is nevertheless unaffected and she has decided that during his imprisonment, she will suffer like him as a sort of penance for her husband’s sin… That’s called love.

Russians play a large part in this story and anyone who has read Russian literature will immediately realize why this story is not one to lift your spirits. The novel is really a poignant study of four individuals with contrasting views on life and in some respects the only thing they have in common is that they are part of the human race, or so we think.

What makes this novel, so worth reading is W. Somerset Maugham’s brilliant and majestic writing. These characters in the hands of a less talented writer would of been a disaster. The writing alone, 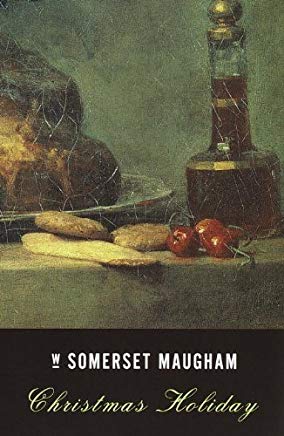 more than makes up for the character’s flaws, and I can only say that for a few other novelist I have read.